The APA in-text citation style includes the author’s last name and the year of publication. For a direct quote, included the page number as well. APA does encourage the inclusion of a page number when paraphrasing or referring to an idea.

Sources Without Named Persons as Authors

Some electronic sources may not have page numbers. If such a source has numbered paragraphs, give the paragraph number with the abbreviation "para." (Hall, para. 5).

Placement of Citations for Quoted Material

If the quotation appears in midsentence, insert the final quotation mark, followed by the parenthetical citation; then complete the sentence.

Jones (1998) argues that “it's a good idea to use carrot cake to entice” (p. 7) the wild rabbits in order for them to become comfortable with the lab personnel.

If the quotation appears at the end of the sentence, insert the final quotation mark, followed by the parenthetical citation and the end punctuation. 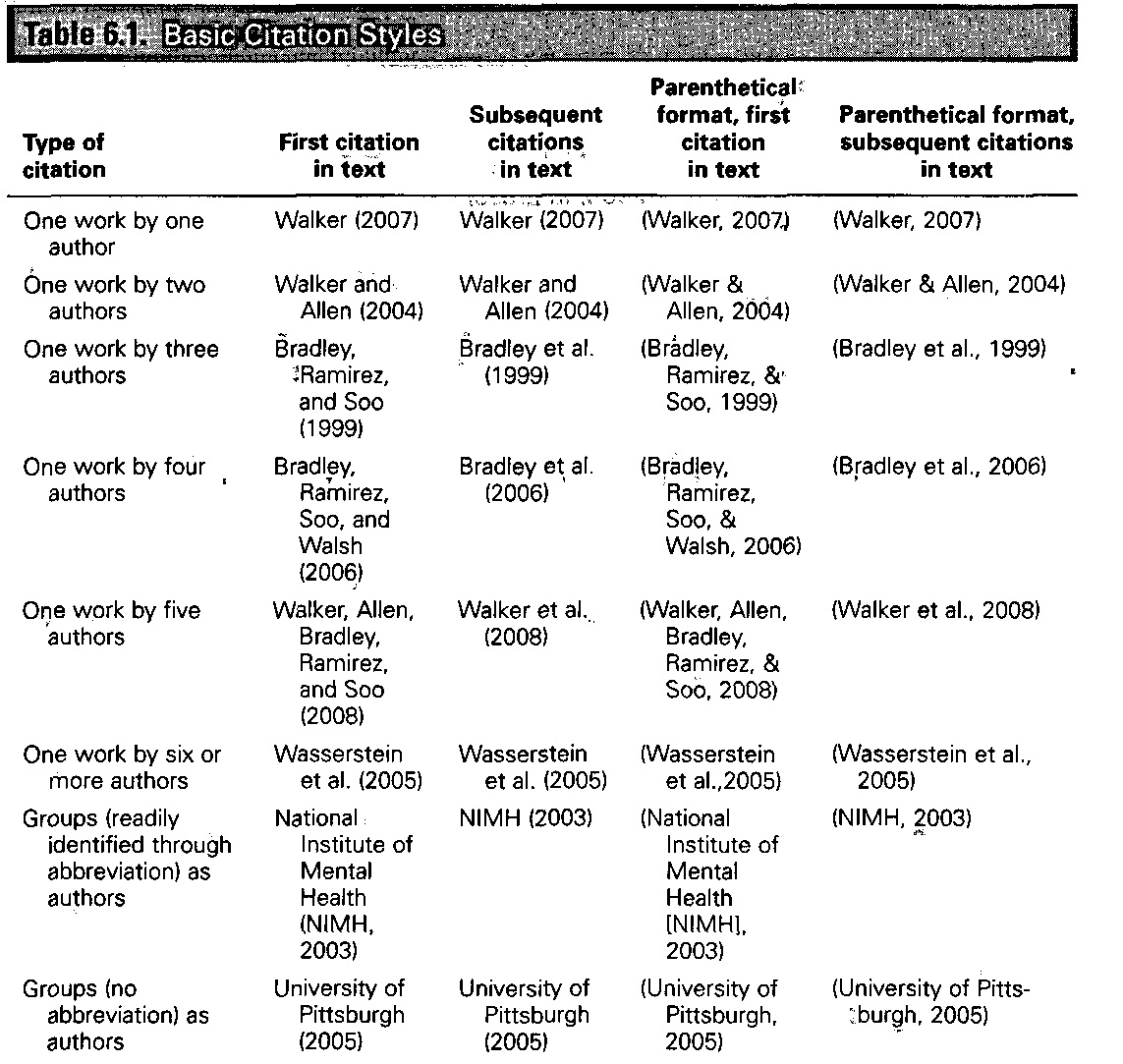