At the turn of the eighteenth-century, lands that eventually became part of Easton remained in the folds of a wilderness. Dense patches of forest sporadically melded with mosquito infested swamps, and grassy fields dotted with shrubbery gradually rose to boulder-strewn promontories that overlooked this seemingly inhospitable landscape. As harsh as the environment seemed, prior to 1696 roughly seven colonists settled in the area of what is now South Easton. This number grew to around sixty families by the time Easton was incorporated in 1725. Among this early group of settlers was John Daily.

While his life prior to arriving in Easton remains an enigma, it is clear that John Daily was the first colonist to settle on the lands surrounding Stone House Hill.  John and his wife Mary had five children—John, Miriam, Martha, Mehitable, and Daniel—the eldest of which, Ensign John Daily, constructed a homestead no further than a half mile from his parents' residence. Thus began the inhabitation of the lands surrounding Stone House Hill.

Beginning in 1996, multiple excavations run through the S.U.R.E. program focused on the ruins of Ensign Daily’s homestead. Work at the site concluded in the summer of 2002. Artifacts recovered from these excavations are now housed as part of the College Archives and offer the chance to glean a better understanding of colonial Massachusetts through material culture. 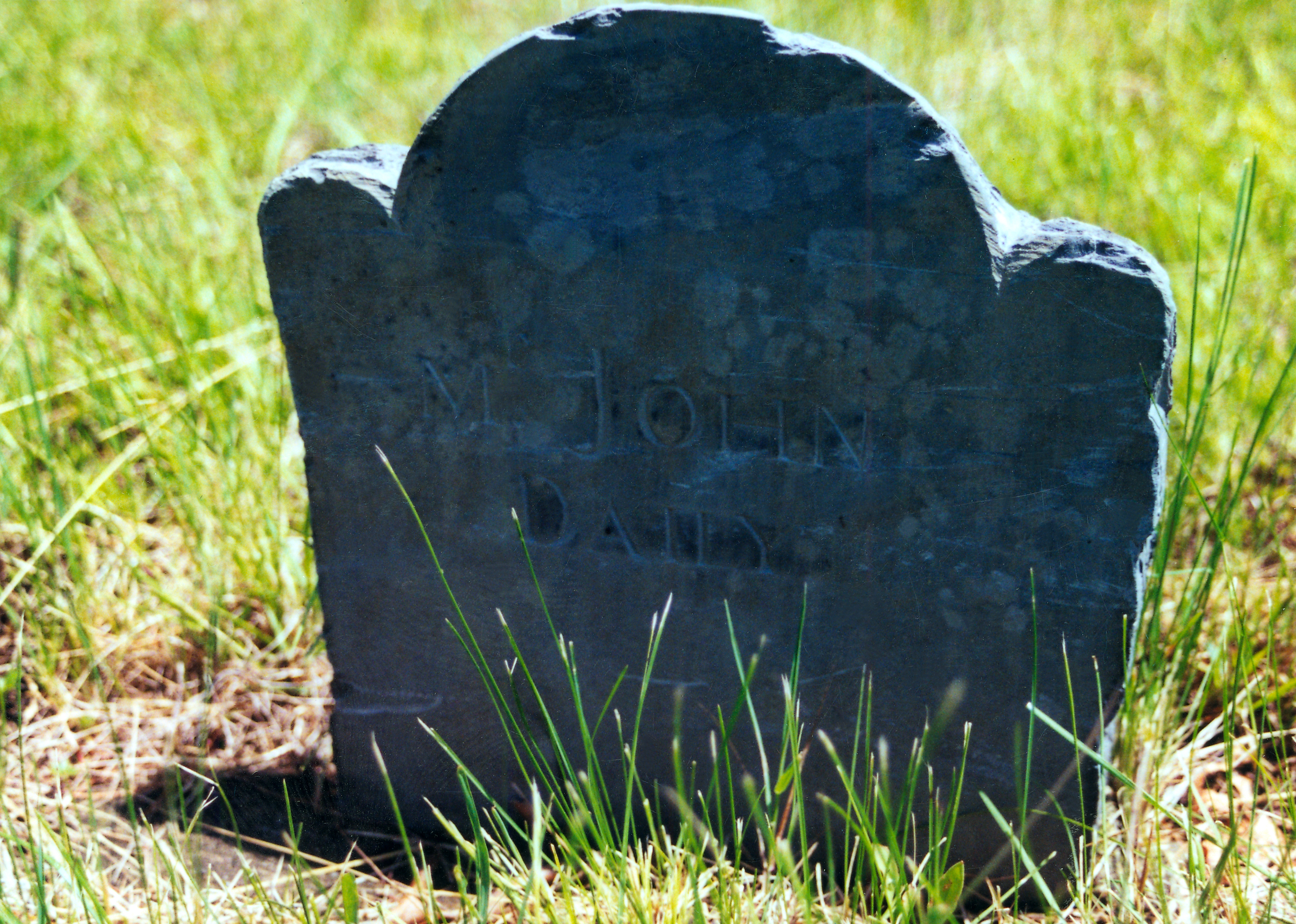 Ensign John Daily was born on July 20, 1712 and was the eldest child of John and Mary Daily. Employed as the town’s hog reeve, Ensign Daily resolved disputes between farmers when hogs went missing from one farm and reappeared at another. Ensign Daily also served in Easton’s militia, and according to the Revolutionary Rolls he served in a company of men organized in 1776 under the command of Capt. James Perry. It is unlikely that Ensign Daily never saw action during the Revolutionary War; however, his importance is made clear from his rank in the militia.

While the artifacts recovered from the Daily homestead are not indicative of substantial personal wealth, Ensign Daily and his family lived comfortably. Window glass, porcelain, and forks are three key groups of artifacts that illustrate Ensign Daily’s relative financial security, positioning the family somewhere in the middle strata of society as yeomen farmers.

Records also suggest that Ensign Daily inhabited two different areas within the current bounds of Stonehill’s campus. Originally Ensign Daily resided in a homestead near the southern end of campus, just west of Stone House Hill; however, due to the unfavorable wetland conditions in this area, Ensign Daily relocated to the northern end of campus where the land was dryer as a result of the higher elevation. The latter homestead became the focus of multiple excavations by Stonehill students and faculty.

Conducting research on early American history? Trying to find out more about a particular historical figure? These databases are powerful tools that can help you identify and locate primary and secondary source information. As always, do not forget to refer to the Chicago Manual of Style to find out how to properly cite sources.